I would ask kids what other scientific lessons Sol might teach Connie and how he would do so. You might also ask for other ways that Connie might trick Sol, considering that he is so trusting and literal-minded. Also, of course, have kids think up examples of parents that give their children to Fay the witch. The class can share and discuss. A curriculum specialist in Massachusetts has also put together five simple lesson plan ideas.

The Fractured Folktale Creative Writing Lesson that goes along with The Witch's Guide to Cooking with Children, The Witch's Curse, or both books is to have each student pick any folktale and set it somewhere else—such as modern times—possibly twisting the motives of the characters and the plot. Here is a list of well-known folktales to help get the kids going.

Bringing an old folktale into modern times will raise questions like: How have attitudes changed since this tale was written down—including attitudes toward women's rights, children's rights, parenting, marriage, crime and violence, rich and impoverished, and so on? What is the original story really about? 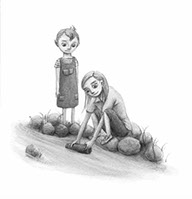 I've put together a very brief Q&A about my own experience writing books for 21st-century kids inspired by Hansel and Gretel and Brother and Sister:

I think a lot of kids can probably run with the idea of twisting folktales with just a few minutes to think and also from hearing what other kids write.

Since The Witch's Guide to Cooking with Children stars the witch from Hansel And Gretel as the villain with Sol and Connie as contemporary siblings going up against her, classrooms often pair the book with folktale or Hansel And Gretel activities. Below are some resources available online for free. If you find more or already know of others not on this list, please contact me and I'll be sure to add them.

There is also the chance to teach multilingualism together with Hansel and Gretel. Students can learn about Germany and they can learn German words. Because so many German words resemble English words, they can learn that many languages are connected. And of course students who know a second language can be encouraged to write something in that language and share it with the class.

Here is Mickey and Minnie Mouse as Hansel and Gretel.

The Brothers Grimm changed their retelling of Hansel and Gretel from their first edition in 1812 to their 1857 edition. In the 1812 version, there is no stepmother. Hansel and Gretel live with their biological mother and father. When famine strikes, their parents decide to get rid of them so that they can survive themselves. As I understand it, people weren't so happy telling a story to children featuring such a terrible mother, so the Brothers Grimm changed the character to a stepmother. Here are the 1812 and 1857 versions side by side.

The Witch’s Curse touches on many themes and can be used to launch discussions on animal rights, runaways, making moral choices, trust, death of a sibling, edible foods in the wild, orienteering, horns vs. antlers and other deer facts, and of course riddles. The Witch’s Curse is also an adaptation of a lesser known Grimm folktale, Brother and Sister, and can be read alongside the original Brothers Grimm tale found here.

Once in a while I've visited classes via video to give a book talk. Please contact me for more information. Of course if you read my book in class, kids can always write me with questions too and I can record a video response answering the questions. There is also a thirty-minute video interview with me which aired on NPR available here. In the first eleven minutes, I talk about teaching writing to children but after that the discussion turns to The Witch’s Guide to Cooking with Children. You might show the class a few minutes from there. 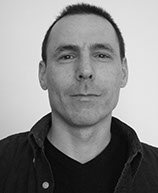